Sapphire is the birthstone for September and comes from the Greek word sappheiros, meaning blue stone. Blue sapphire is one of the most popular coloured varieties of the mineral corundum, which can be found in a rainbow of colours. Corundum with trace amounts of iron and titanium creates the blue sapphire (the more iron, the darker the blue) while chromium turns corundum shades of pink and red (red corundum is called ruby). Blue sapphire typically occurs alongside ruby deposits, but in much smaller quantities than its red counterpart.

The elite of ancient Greece and Rome believed that blue sapphires protected their owners from harm and envy and clerics of the Middle Ages wore sapphires because they symbolized Heaven. Ancient Persians believed the earth actually rested on a giant sapphire, which made the sky blue. It has long been a favourite gem of royalty. The September birthstone is quite hard and has excellent toughness and no cleavage (which is a tendency to break when struck). This makes it a great choice for rings and other mountings subject to daily wear. Because of its hardness, sapphire is used industrially in things like scientific instruments and electronics. The Apple Watch Series 3 features lab-created sapphire crystal in its screen to make it more scratch resistant, and many watch companies use it for the same reason.

Perhaps one of the best-known sapphires in recent years is the 12 ct oval-shaped blue gem surrounded by diamonds in the engagement ring first worn by Princess Diana and then given by her son to Kate Middleton, now Duchess of Cambridge. 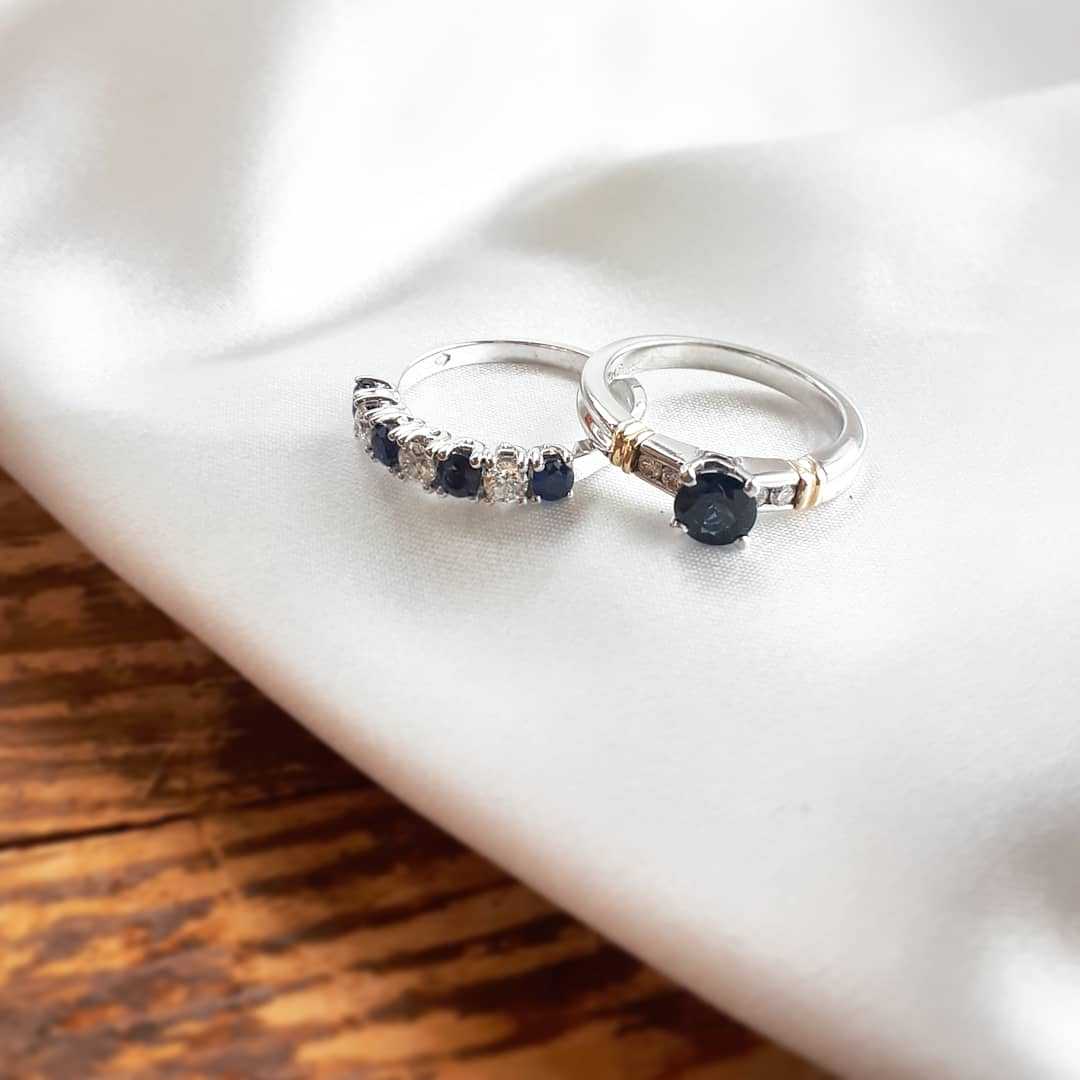